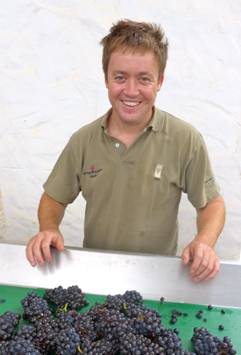 So far, 2015 has been a year of many positive’s for Hamilton Russell Vineyards – aside from the excellent vintage (reviewed below).

Emul Ross our new young winemaker completed his first – and extremely successful – harvest with us, after working alongside outgoing winemaker Hannes Storm for 5 months.

We completed our first organic harvest and are greatly pleased with the results. We were also proud to score 97% for our IPW (sustainable farming and wine production) audit.

We conducted our first harvest through our newly, and significantly, upgraded fermentation cellar with 13 new small open fermenters for our Pinot noir, along with a particularly gentle new press. 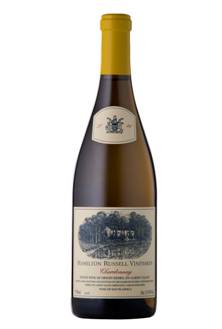 Our Chardonnay 2014 won the White Wine Trophy at the Taj Classic Wine Trophy awards, which uses only French judges. And most rewarding, was Senior Wine Spectator Editor, James Molesworth’s choosing of our Chardonnay as his number 1 “most dialled in wine” for its consistency of style and quality over more than a decade. The wine also won a Decanter Gold Medal.

Our Pinot noir 2014 won the Sommeliers’ Selection Red Wine Trophy in the “elegant and classy” category. Our 2013 Pinot noir was selected to show at the IPNC in Oregon – the only South African wine – and top US head sommelier Raj Vaidya from Daniel in New York described it at a consumer seminar as his “surprise, standout wine for the event”.

We were invited to show our wine and speak on a panel at the 5th International Cool Climate Chardonnay Celebration (the I4C) in Niagara, where renowned Wine Spectator columnist, Matt Kramer, flatteringly said in a luncheon speech that “Hamilton Russell Chardonnay is as great as some of the greatest Burgundies being made today”.

In February, Hamilton Russell Vineyards was invited to the inaugural Robert Parker “Good Taste” event where a selection of the world’s “icon wines” were shown at the Saatchi Gallery in London.

This October, we will show our wine again at the Critics’ Choice tasting at the Wine Spectator’s New York Wine Experience – a selection of the top wines of the year worldwide.

Both our Pinot noir and Chardonnay won Platinum Awards at the SAWi awards – based on more than 50 national and international competitions over a 3 year period. Our Chardonnay won the trophy.

In May this year I became one of a few South Africans to be made a Chevalier du Tastevin at a most enjoyable ceremony and dinner in Burgundy.

………. and we sincerely hope there is more good news to come!

2015 was an extraordinary vintage – unlike anything we have experienced before. It started a full 2 weeks early and finished over a period of 4 weeks (on February 20th) instead of our customary 7 weeks. The grapes were extremely healthy with thick skins and an unusually low juice content and the resulting wines are fuller and more sumptuous and concentrated than the 2013’s and 2014’s. Full ripeness was achieved surprisingly quickly and this happened despite the average maximum temperatures for the crucial months of Dec, Jan, Feb and Mar being lower at 24.95 Centigrade than our long term average of 25 Centigrade. This makes 2015 cooler (surprisingly) than the celebrated 2013, 2012 and 2009. Another previously unexperienced feature of 2015 was the very high yeast conversion rates of grape sugars to alcohol. This was an industry wide feature and 2015’s, to be phenolically ripe, needed higher alcohol levels. A much drier and slightly warmer Spring than usual, in part accounts for the early harvest, combined with a drier and slightly warmer than average January. The harvest period had just over half of the average rainfall for the period. Greater sunlight intensity in the build-up to harvest also sped things up. 2015 was the first organic harvest (with some biodynamic features) for us and we have been thrilled with the results in our wines. We simply feel much better about what we do and we have been brought even closer to our all important vineyards. A logistically challenging but excellent vintage.

All the best and we greatly look forward to the possibility of hosting you on Hamilton Russell Vineyards soon!